“Gone with the Wind,” “Birth of a Nation,” and more recently Woody Allen’s “Manhattan”, are films that should be explained rather than forgotten, said a panel of top movie critics in the magazine. second in his series “Conversations on Canceling Culture.

Washington Post critic Ann Hornaday said a new generation of viewers see these films as problematic and critics need to frame them appropriately. “Their expectations have fundamentally changed when it comes to what they see as acceptable behavior, and that matches their expectations as an audience,” Hornaday said. “They watch this stuff, and they wonder why we never accepted it in the first place. It is our job to the extent that we are the guardians of culture and heritage to explain to them why it has been valued and also why it poses problems.

Panelists agreed that this is the job of the film critic in the age of cancellation culture. And as part of TheWrap’s “Conversations About Canceling Culture”, critics Alonso Duralde of TheWrap, Hornaday of the Washington Post, and Michael Phillips of the Chicago Tribune explained why intelligent film criticism is more vital than never when watching old and new movies.

Hornaday noted that some provide new and critical context. She praised the recent efforts of TCM host Jacqueline Stewart, who featured a broadcast of “Gone with the Wind” on HBO Max with a disclaimer that puts the film in proper context without erasing or censoring it.

Phillips said the most interesting review he reads today is from young writers, mostly women and people of color, who love old Hollywood and are able to appreciate the historical value of films like “So much. Gone With The Wind “while dissecting what makes them so complicated. .

“They love to sort out the contradictions in it all. This is what we have to do. That’s a reviewer’s worth now, ”Phillips told moderator Stephen Galloway, dean of Chapman University’s film school. “If you can’t reserve the right to just drill through these massive contradictions and minefields, don’t run away from them, run towards them. It is the crazy instinct that we must have. Otherwise, we risk rejecting decades and decades of film history, and we would do so at our cultural peril, no doubt. “

That said, all of the critics on the panel shared some of the films they’ve been forced to revisit in recent years. Duralde, for example, mentioned “Sixteen Candles” and his troubling issues with consent, and “The Party,” in which Peter Sellers wears a brown face. 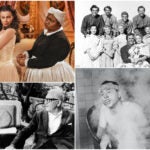 “It is the role of each generation to come to force the older generations to question their assumptions and assumptions,” said Duralde. “We all kind of come across things that we need to re-evaluate. I’m not saying censor these movies, bury them in a mine somewhere, but we have to look at them through the eyes of the story that brought us now, and we will for the rest of our lives.

Phillips agreed, saying he was humiliated when he showed Howard Hawks’ “Only Angels Have Wings” at a film class, only for his young students to challenge the film’s themes of white colonialism, despite its romantic charms. and old Hollywood.

“This is how we have to do everything. We can teach anything, we can show almost anything, as long as we’re willing to have the right discussions about it and hopefully enough good people are writing about what it meant for. people back then, ”Phillips said. . “Our opinions have to change over time. ”

This conversation is the second of four in a series of panel discussions titled “Conversations on Canceling Culture,” presented by TheWrap, which began on May 25. TheWrap will be live streaming a new discussion every Tuesday at noon Pacific Time on one of the following topics: Journalism, Film Criticism, Comedy, and Cancellation Culture Rehabilitation. On Friday, June 4 at 4 p.m. PT, the public is also invited to listen to a reminder and follow-up panel discussion exclusively on Clubhouse.

Watch the full conversation “Canceling Culture in Cinema: Separating Art from the Artist” here and above.

This conversation is the first of four in a series of panel discussions titled “Conversations on Cancellation of Culture,” presented by TheWrap, which began on May 25. TheWrap will live-stream a new discussion every Tuesday at 12:00 p.m. PT, on one of the following topics: Journalism (May 25), Film Criticism (June 1), Comedy (June 8), and Rehab cancel culture (June 15). 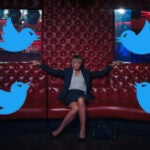