The Get Out actor, 33, was presenting the award for leading actress when he paid his respects to the late music entrepreneur, who died from a ‘sudden heart attack’ at the age of 31 on February 20.

Arriving on stage to present the gong, he said ‘eternal life to Jamal Edwards’, before introducing the list of contenders.

The heartfelt tribute was met by a round of applause from the star-studded audience, including Bond star Lashana Lynch and Lady Gaga.

The leading actress award was won by Joanna Scanlan for After Love, as she beat

Jamal was credited with helping to launch a string of UK music acts to stardom, including Ed Sheeran, Dave and Jessie J.

The SBTV founder, who is the son of Loose Women’s Brenda Edwards, gained fame after setting up the new music platform in 2006 by uploading clips of his friends performing rap music. 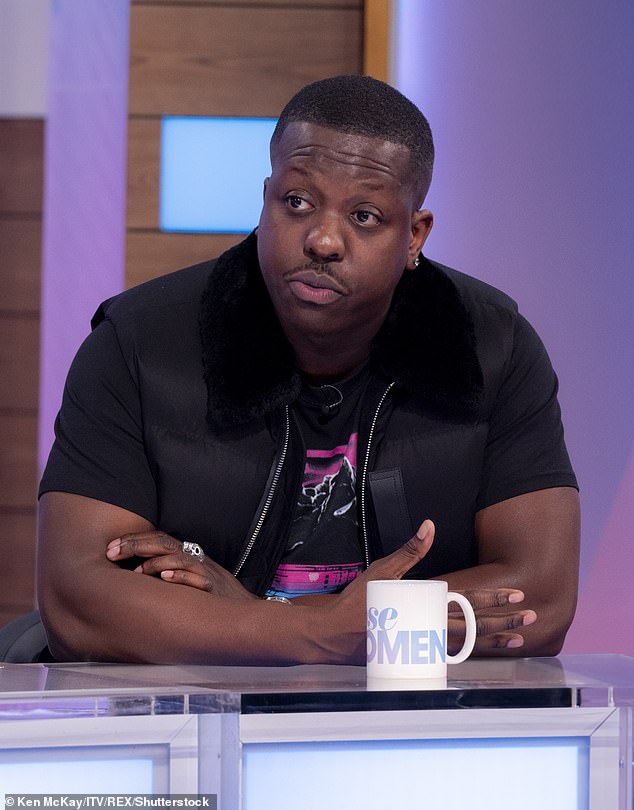 Music mogul: The Get Out actor, 33, was presenting the gong for leading actress when he paid tribute to the music entrepreneur, who died from a ‘sudden heart attack’ on February 20

Last month, Ed Sheeran took to Instagram to post a tribute to his ‘brother’ Jamal, saying he would ‘not be here’ without the music mogul.

He wrote: ‘I haven’t posted anything coz I can’t find the words, I can’t reply coz I don’t know what to say. Jamal is my brother. His light shone so bright.

‘He only used it to illuminate others and never asked for anything in return. A stars light shines for millions of years after they go, and his will continue to light up every dark moment, we are all witnessing his power.

‘I would not be here without him, professionally and personally. There will never be anything close to what he is, but I’m so grateful to have existed within his orbit. My brother, come on.’

Jamal’s sudden death was announced online on February 20 and later confirmed by his management. 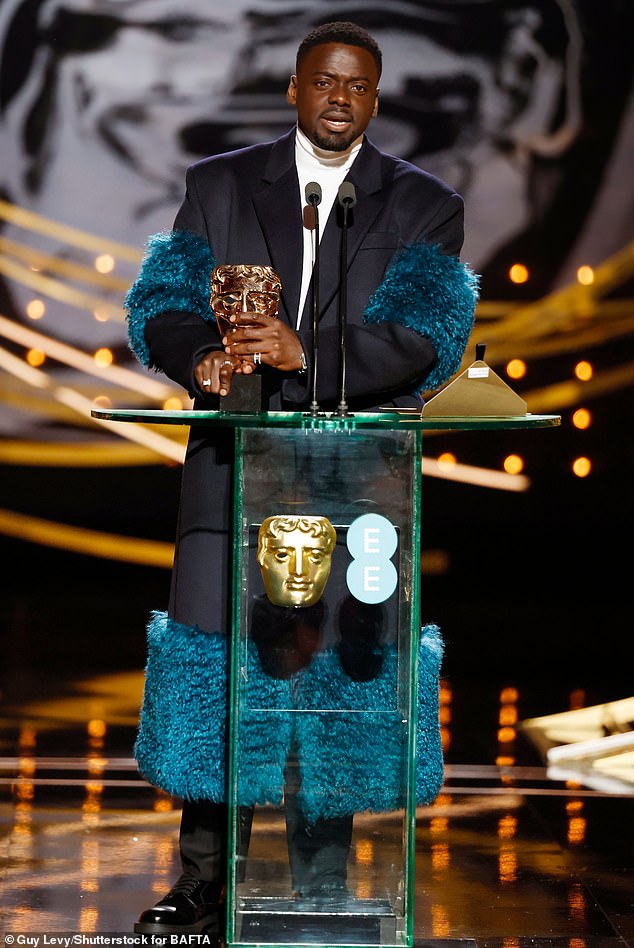 Tribute: Arriving on stage to present the gong, Daniel said ‘eternal life to Jamal Edwards’, before introducing the list of contenders

A statement by his mother Brenda was read out on Loose Women, the following day stating that he had died on Sunday morning following a ‘sudden illness’ and that his family and friends are ‘completely devastated’.

She added: ‘Jamal was an inspiration to myself and so many. Our love for him lives on, his legacy lives on.’

At a vigil the next day, Brenda sang the Whitney Houston hit Greatest Love of All to hushed crowds who gathered to remember the music impresario’s life.

Singing through a megaphone, she sang the words ‘I believe the children are the future. Learning to love yourself – it is the greatest love of all’, reducing the crowd to tears.

In another poignant moment, after finishing her song, Brenda addressed the mourners and said she hoped that her son’s death would help unite their community. 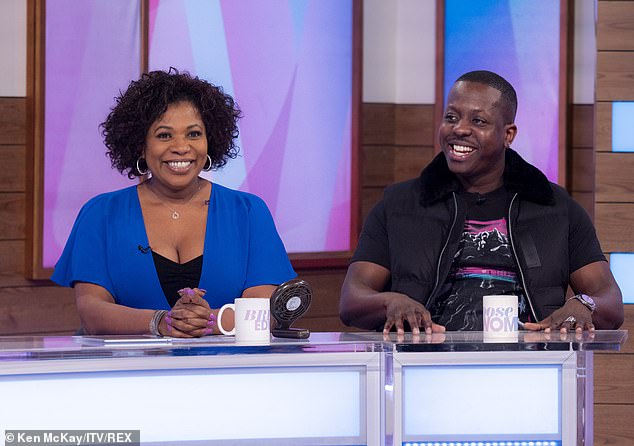 Loss: Jamal, the son of Loose Women’s Brenda Edwards (both pictured in November), was credited with helping to launch a string of UK music acts to stardom, including Ed Sheeran

She said: ‘If we can do anything in 2022, can we please bring the community together. Stop the fighting. Stop the killing. And build up our community.’

Brenda, a Loose Women panellist who finished fourth in the second series of The X Factor, is mourning her son’s death with his sister Tanisha.

Friends told MailOnline last month that they believe Jamal had suffered a ‘sudden’ cardiac arrest after a night DJing in the West End.

The YouTube star launched the careers of scores of young British artists including megastars Ed Sheeran and Stormzy while also dedicating himself to charitable works including with Prince Charles and his sons William and Harry. 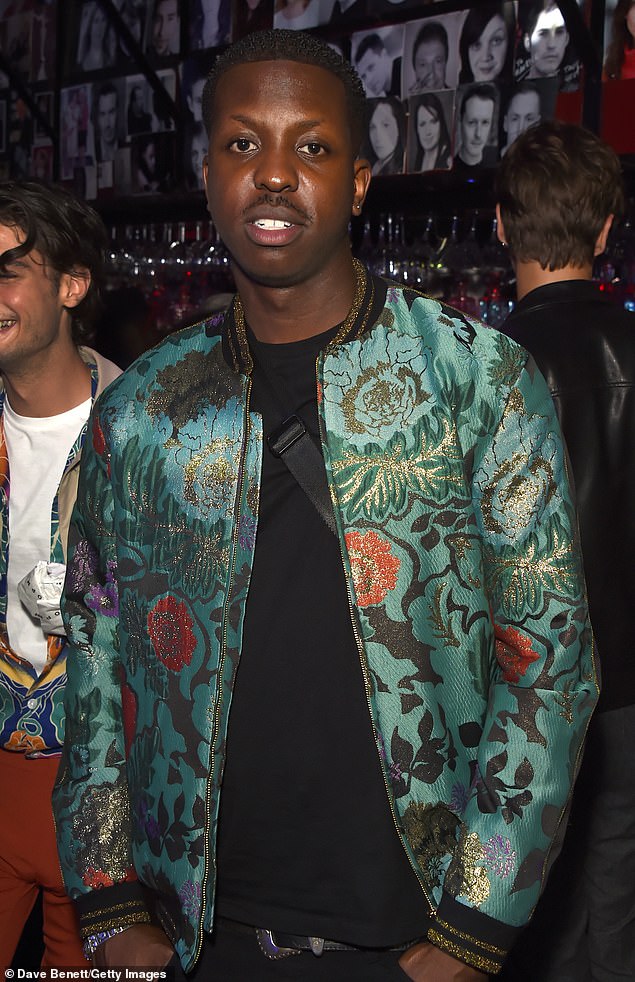 Career: Jamal, who died aged 31, set up music platform SB.TV at the age of 15 using a £200 camcorder and a PC in his bedroom in Acton where he lived with his family

The entrepreneur set up new music platform SB.TV at the age of 15 using a £200 camcorder and a PC in his bedroom in Acton where he lived with his mother Brenda, stepfather Patrick and younger sister Tanisha.

His online broadcasting company has had more than 200million hits on YouTube. Global entertainment stars such as Snoop Dogg and Dr Dre invited Edwards to join them on their tours, while an advert featuring Edwards as the face of Google Chrome and his extraordinary success had more hits than one with Justin Bieber.

Away from the world of music he was an ambassador for the Prince’s Trust, a charity headed by the Prince of Wales, and in 2014 he was awarded an MBE for his services to music.

As well as supporting Prince Charles’ charitable works, he also worked with his sons William and Harry.

Edwards had six GCSEs – including three D grades and one E. But thanks to his mother’s insistence, he also has a diploma in moving-image media production from his sixth-form college.

No Time To Die

Renata Reinsve, The Worst Person in the World

Congrats: Troy Kotsur got Supporting Actor for his role in Coda

Outstanding Debut by a British Writer, Director or Producer

The Harder They Fall – WINNER

No Time To Die

The Tragedy of Macbeth

The Mitchells vs The Machines

Summer of Soul (Or, When the Revolution Could Not Be Televised)- WINNER

Film Not in the English Language

The Hand of God

The Worst Person in the World

The Eyes of Tammy Faye – WINNER

No Time To Die – WINNER

Summer of Soul (Or, When the Revolution Could Not Be Televised)

No Time to Die

The Hand of God