by Aamir Khan Laal Singh Chaddha was described as a disaster with Aamir Khan’s acting receiving rare criticism from critics. This came amid calls for a boycott of Laal Singh Chaddha. The hashtag #BoycottLalSinghChaddha became one of the top trends on Twitter the day the film was released. 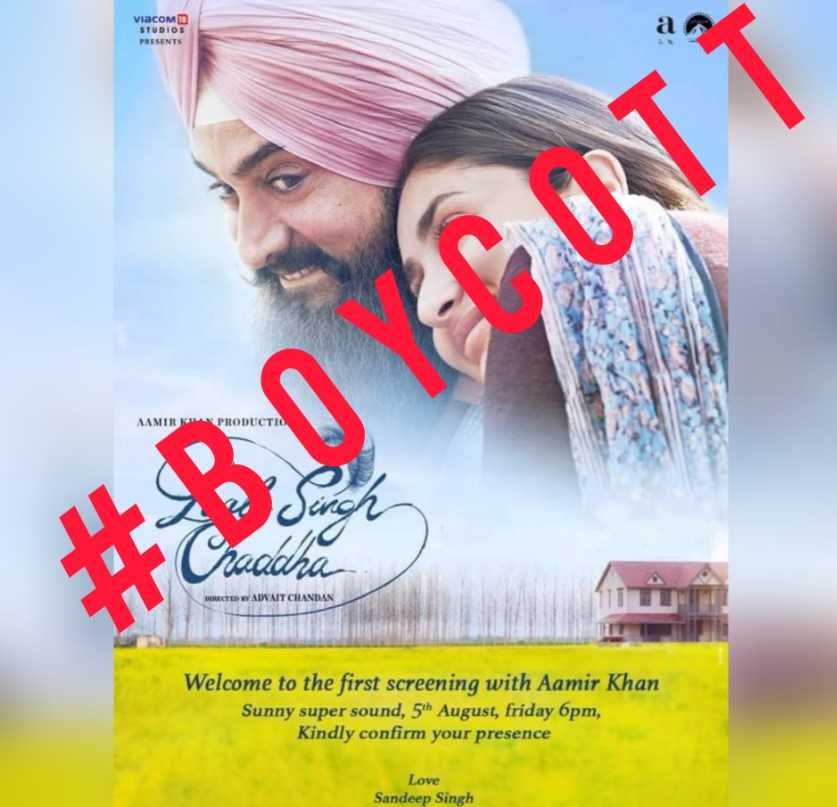 Another reviewer, Rohit Jaiswal, tweeted: “#LaalSinghChaddha is an INSPIRATIONAL FILM, it makes you RUN from the theater to a nearby medical store and buy paracetamol or saridon ASAP, oh #AamirKhan you come to KILL a MASTERPIECE and waste 4+ years of your life. 2*/5 ⭐️⭐️ #LaalSinghChaddhaReview.”

Aamir has faced widespread criticism for his past stance on the policies of the Narendra Modi government. Referring to his statement about growing religious intolerance in the past, his critics urged people to boycott his film. Others have also accused the actor of mocking Hindu beliefs in his film. PACK.

They do ‘Housefull’ shows making corporate bookings but you stick to ‘Boycott Bollywood’ because in reality this movie will be the biggest flop of Aamir Khan’s career.#BoycottLalSinghChaddha#BoycottBollywoodCompletelypic.twitter.com/oQs7FNem7J

Laal Singh Chadha also features Kareena Kapoor Khan, who also faced the wrath of Hindutva supporters for naming her child Taimur and mockingly asking her critics not to watch her films.