A risk-taking dad found himself with a huge mortgage after going over budget for his new home project by £1million when his builders ‘disappeared’.

Colin and his wife Adele, who appeared on tonight’s episode of Grand Designs on Channel 4, have bought ‘the only house they could afford’ in Hale, Manchester, with dreams of demolishing the property and replacing it with a five-bedroom glass and cedar house for them and their children Billy and Polly, designed by a Swedish architect.

However, with a budget of £700,000 to build the 670m² property, film company owner Colin opted for cheaper contractors – who he says ended up walking away from the site altogether after being paid €250,000 in advance.

Despite a project that took around 18 months longer than expected and went £1million over budget, Colin and Adele’s Scandinavian-style home has finally been completed. 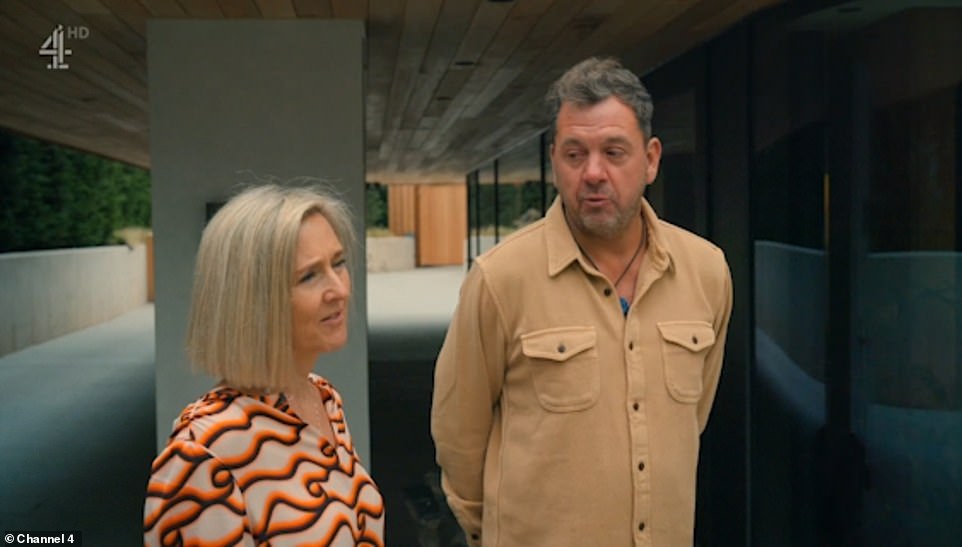 The couple said that despite everything, the house had a “good energy” and that they were happy to live there – even if their mortgage turned out to be more expensive than expected.

At the start of the project in October 2018, Colin told presenter Kevin McCloud: “The Latvians will be on site for 12 weeks.

“They’re going to varnish it, they’re going to do all the carpentry and hopefully we can afford another contractor to come in and finish it all with the help of an Italian fit-out company.”

After questioning the £700,000 budget as too little to complete the project, Kevin also spotted another flaw in Colin’s plan.

Using the metaphor of a prototype car to describe building a new home, the presenter said: ‘This prototype car is going to be designed by the Swedes and built by teams from the UK, Latvia and Italy – none of which speak the same language. ‘ 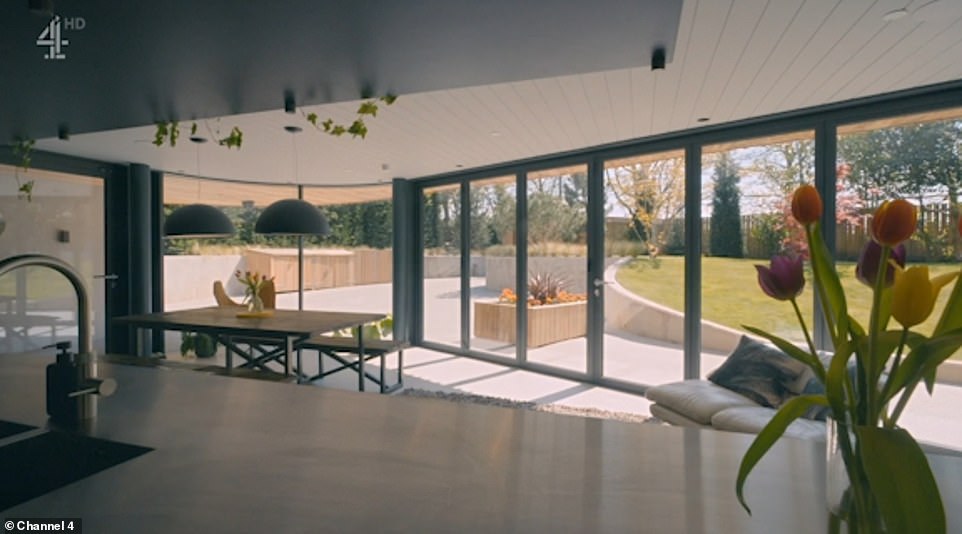 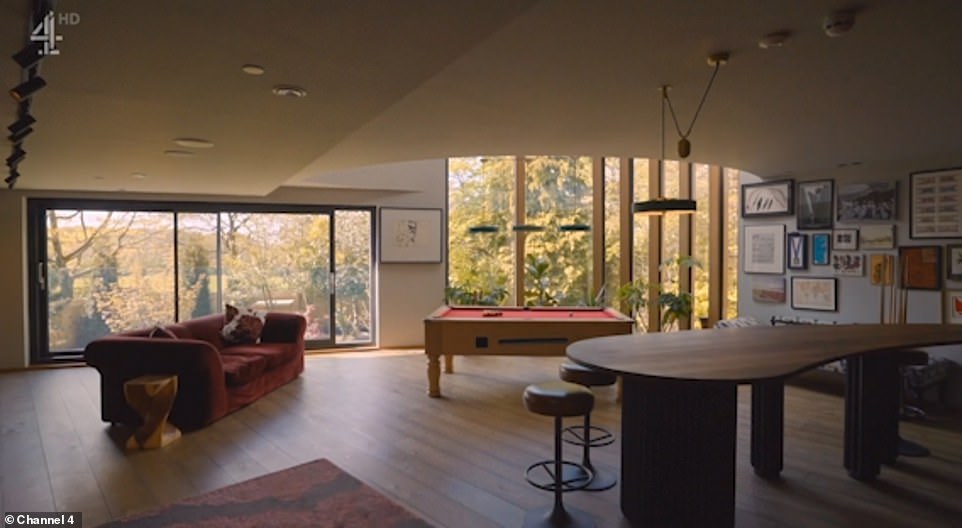 On the first floor, the house contained two living areas, one of these areas providing a games room and a bar for the family to relax. 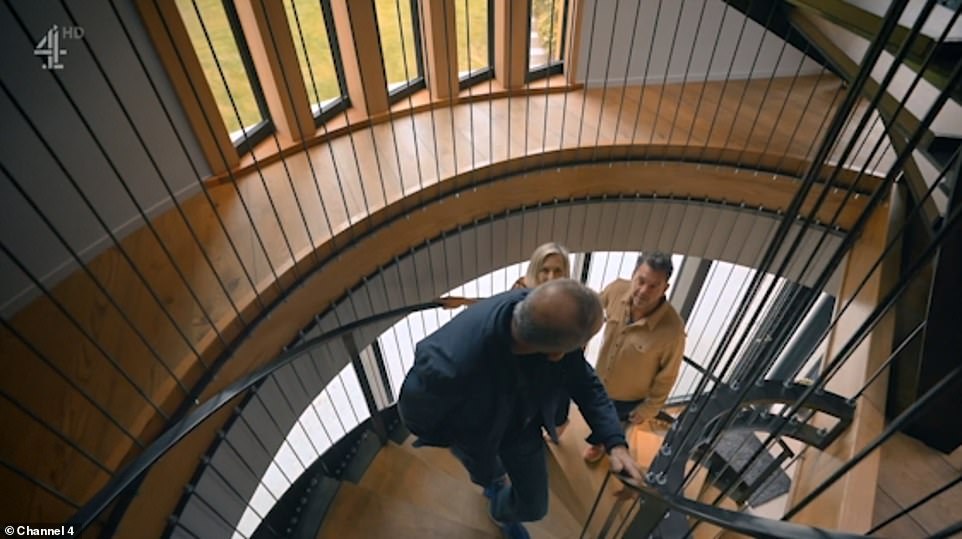 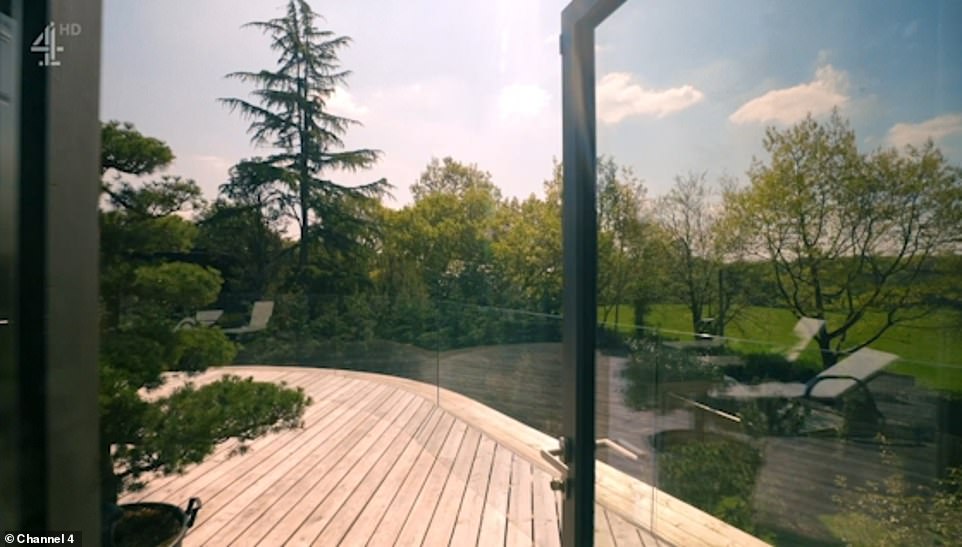 The house also contained several balconies from which the couple could soak up the sun and admire the fields of the leafy neighborhood.

When Latvian workers arrived on site to begin construction, Colin – who was overseas filming at the time – had not prepared the site for the workers, which meant they had to do a lot of things by hand.

One of the workers told the show: “We had to unload [our materials] by hand, which took a few days. If we had a forklift it would take a few hours.

Unfortunately, this was the first in a series of delays to the project, as the house’s intricate curved design meant the builders had to cut their trim on site to clad the house’s huge steel frame, adding around four months. at work.

After arriving on site in August 2019, almost a year into the project, delays meant Colin and Adele would not move into their new home until Colin’s 50th birthday as they had originally planned.

And Colin was in a race against time to get the house airtight so he could apply for a mortgage – having already taken out a short-term, high-interest loan to pay for the aspects of the project that went over budget.

As the Latvian firm got to work re-cladding the house, Colin claimed to have requested a deposit of €250,000 before getting to work on the bay windows that would cover the entire ground floor of the house. 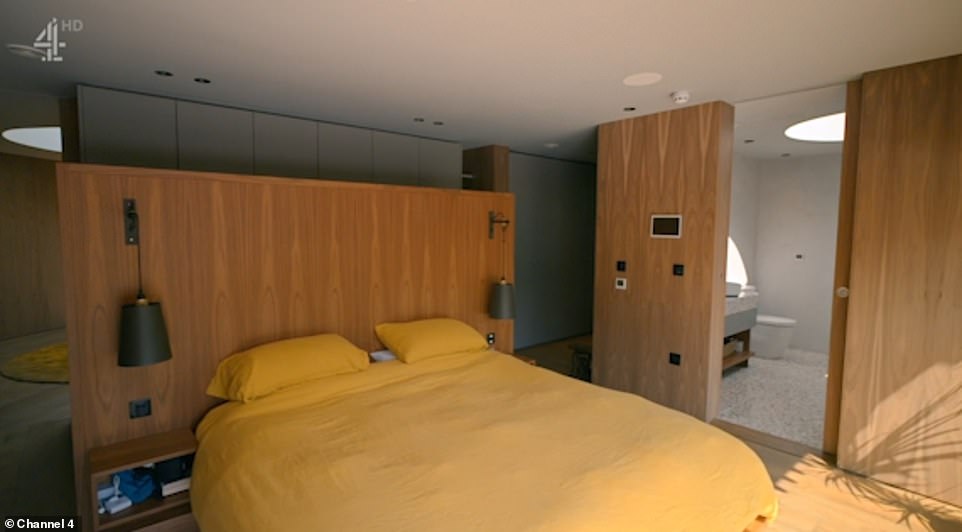 The top floor of the house was a space for Colin and Adele to have their bedroom, bathroom, private balcony and their own yoga space. 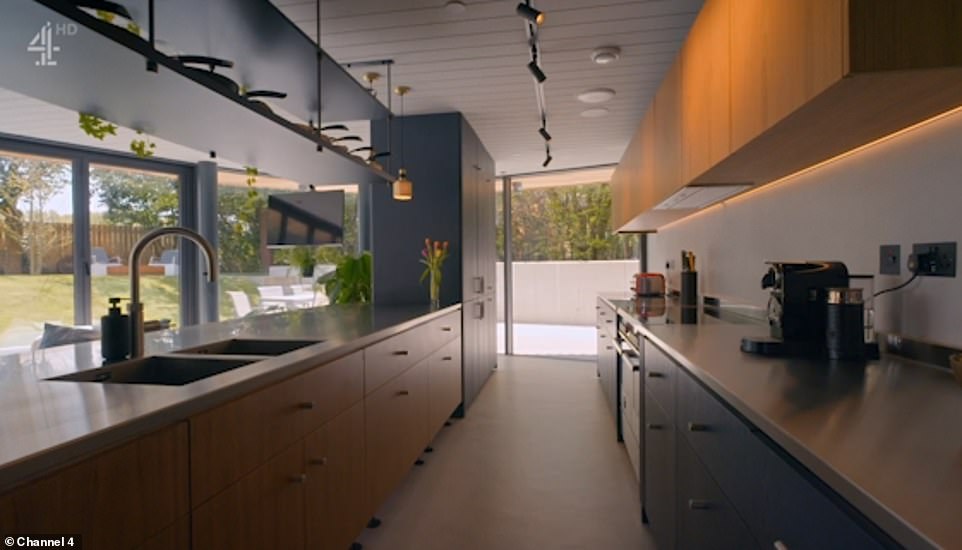 The ground floor of the house contained the fully glazed kitchen and dining room, as well as an office and a bathroom 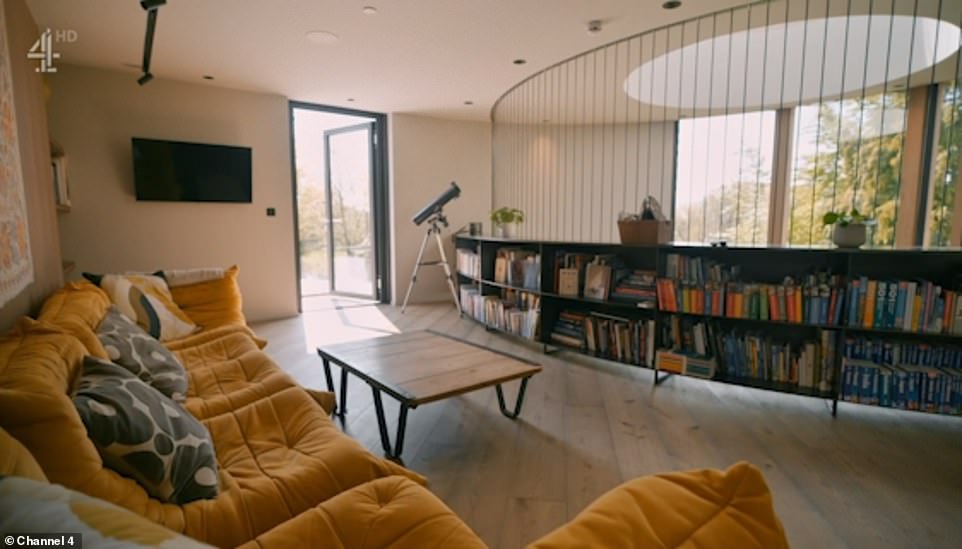 The house also contained a library area, from which you could step out onto one of the house’s two balconies.

However, things got worse in early 2020 when workers reportedly failed to return to the site after Christmas to install the windows.

As Kevin visited Colin and Adele on a rainy day in Manchester, the upbeat couple explained that the workers had ‘disappeared’ from the site.

When Kevin asked the couple if they expected the contractors to return, Colin said the project was on hold waiting for the Lavtian company to “give us some information”.

He added: “We’re in a position where we won’t have the money to finish.”

The couple told the program they had asked the firm to repay the €250,000 payment for the windows so they could find another contractor – but the Latvian firm was refusing to budge.

They added that they desperately needed the money they had given to the company in order to pay another contractor to install windows to make the house airtight. Without it, they wouldn’t be able to apply for a mortgage, leaving Colin facing high interest payments on the loan he had taken out.

Describing the project as “doomed”, Kevin told the cameras, “I don’t think he can survive that kind of trauma.”

If things weren’t bad enough for the couple, the Covid lockdown meant Latvian workers were no closer to returning to the site.

However, Colin and Adele got a much-deserved chance when he asked his sister Dawn, who runs the family glassware business, to help him with the windows in the house.

Dawn even told her little brother that he didn’t have to pay the bill until the mortgage was paid off.

After switching to a Manchester-based contractor called Dave and relying on some pricing from Dawn, Colin’s project got back on track.

Finally, in the spring of 2021, Kevin moved back to Colin and Adele, where they now lived with their son Billy and daughter Polly.

Seeing the new house, Kevin said, “It’s beautiful. There is no clue as to the calamity of this project.

He told the couple that the Scandinavian-inspired design was “worthy of admiration”.

While the couple were thrilled to finally be living in their dream home, they admitted things didn’t go as planned.

As well as moving in 18 months after their original planning, the couple revealed they had gone over the project budget by £1million.

Colin explained that some of the costs included money he paid to the Latvian company, which they never got back.

Explaining that the money was “completely gone”, he told Kevin: “Once I paid a big buck for the windows, they knew they had me.”

He added: “I couldn’t do anything and I felt mortified. I could have been much more thorough and meticulous on the contractual side and left a void and it was exploited.

Although they now have a much bigger mortgage than they expected and will take 20 years to pay it off, the couple say their new home has ‘good energy’.

While the glazed ground floor contains a kitchen and dining room, a bathroom and an office, the living space and four bedrooms are on the first floor.

The second floor, which is specifically designated for Colin and Adele, contains their bedroom, an en-suite bathroom and a yoga studio.

The Latvian company’s CEO told the show that installing the windows was never part of the deal on Colin’s house and that his slowness in making decisions left the company out.