Peter Todorov, an experienced director of independent cinemas and international film festivals, has been appointed executive director of the Bulgarian NFC for a five-year term. This happened after successfully passing an official application procedure conducted by a special commission appointed by the Ministry of Culture on February 7, 2022.

FNE: As Film New Europe reported in Peter Todorov appointed new director of the Bulgarian National Film Center – FilmNewEurope.com, you presented yourself to the committee and defended your original strategy on the development of the Bulgarian film industry in over the next five years. Thanks to this strategy and your good performance, you ranked first and you were appointed as the Executive Director of the Bulgarian National Film Center. After a month in the office, what immediate steps have you taken to start bringing your ideas to life?

Peter Todorov: At the time of my appointment as Executive Director, the Agency had been blocked for a long time and was practically not functioning. The Finance Committee was overwhelmed with more than 250 projects already approved by the Select Committees, but still awaiting final confirmation of their funding. Therefore, before any new idea was implemented, I had to revive the agency and get it working again.

I had individual interviews with each member of the finance committee and a month later, 150 projects had successfully been evaluated. So far, more than 1.6 million euros have been transferred to their producers. I also had to review the administrative structure of the agency and the amount of salaries. Unfortunately, the institution has been left understaffed for years. The people who worked there had difficulty coping with the workload and the high level of responsibility. So, at the same time, I had to increase the salaries of the existing team and bring in new experts.

In addition, since the start of 2022, two new funding schemes (the rebate scheme and the series support scheme) have been allocated to the agency. As a result, the amount of work has increased significantly. Within a week, I invited five new specialists to join the team. With the increase in the number of employees and higher salaries, the Agency is now much better equipped. I think we are ready to meet the challenges arising from the new activities.

At the same time, we are finalizing the work on the regulations and rules of application of the Law on the cinematographic industry. The results will be announced in the next few days and we will present them as soon as possible.

FNE: What is the Bulgarian NFC budget for 2022? What is the percentage devoted to national production and what part of this percentage will be allocated to the minority participation of Bulgarian producers in future European co-productions?

Peter Todorov: Bulgarian NFC’s budget for 2022 is 13 million euros. About 85% or 11 million euros will be allocated to national film production. Of these, €1.5 million will go to Bulgarian minority producers involved in European co-productions. For the first time in NFC history, we’ve issued a special call for films for kids and teens. I decided so because this cinema with the rich traditions of my country is in a way left behind. Call deadlines are announced and we are awaiting applications.

FNE: The new cash rebate scheme for the reimbursement of 25% of eligible costs incurred on Bulgarian territory has already been adopted and should become operational this year. What are the results you expect? How does the national institution plan to attract foreign producers to film in Bulgaria?

Peter Todorov: As I mentioned earlier, this is one of our new plans. For the three months it has been operational 15 applied projects. That is, interest in the diet is very high. Currently, a project is ready for the second stage of the procedure. I had urgent meetings with the Finance Committee in order to fix and adopt the right methodology through which projects will be evaluated and ranked.

We must ensure that the system works as it is supposed to and try to avoid a possible interruption as has happened in some countries. When filming in Bulgaria, foreign producers have to rely on regularity and predictability. The cashback program will be promoted in major film markets like Cannes Film Market, Berlinale EFM and others. We will also increase our presence in the main international cinema editions and points of sale. We will strengthen our activities by making Bulgaria the most attractive place on the international cinema map. We will also highlight the fact that we have some of the best trained film crews in the area.

FNE: What measures do you intend to put in place to stimulate the digital restoration of Bulgarian film heritage? Will there be funding for this activity and if so to what extent? 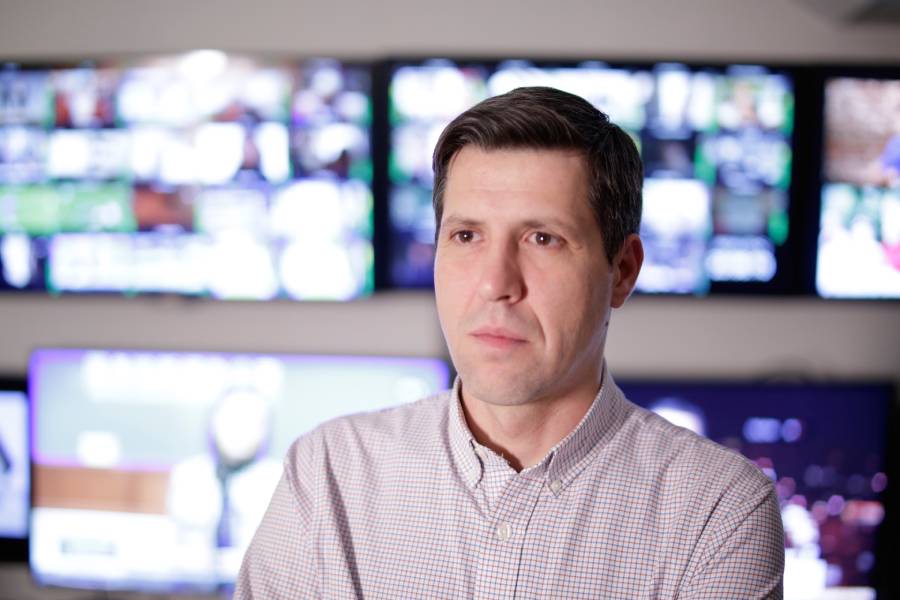 Peter Todorov: It’s a bit of a hot potato for the whole industry. However, we are all convinced that the restoration of the Bulgarian cinematographic heritage must be seriously stimulated. It is absolutely necessary that we create a mechanism for the enforcement of legality and accuracy for all parties able and willing to participate in the process. We work with the Ministry of Culture, the Bulgarian National Cinematheque, foundations and private companies experienced in film restoration.

As part of the Restoration and Development Plan, we have allocated funds for the purchase of specialized equipment. From next autumn and in partnership with one of the leading universities in Sofia, we will announce a special training program. In this way, students will be able to learn how to work with catering equipment. At the same time, I do not exclude any public-private partnership or participation.

FNE: Very recently, by announcing a call for film projects dedicated to children, you took a first step towards a new look at this audience, which moreover has a rich tradition in Bulgaria. How do Bulgarian artists react to this decision?

Peter Todorov: Prior to this announcement, authors working in this field had to apply with everyone else, and I don’t think that’s fair. Now, with this separate call, they have time to prepare their projects and compete with each other. Once again, the interest is great. A few days after the announcement, we already have projects submitted, and we learn that other producers are considering applying.

FNE: We know that the Bulgarian NFC is the main, but also the only significant source of funding for Bulgarian cinema. What is your attitude vis-à-vis the establishment of a fund likely to be added to the revenue from state subsidies levied on the market?

Peter Todorov: This issue is an essential point of my strategy and I believe that it helped me win the job. My idea is to create such a fund with contributions from global digital platforms operating in Bulgaria. Such practices have already been introduced in a number of EU countries, where around 1% of subscription fees collected by platforms go to film funds. Digital platforms want to broadcast European content; they also show their commitment to contributing to the production of local content.

FNE: What other immediate measures to modernize the national film institution do you envisage in the near future?

Peter Todorov: Recently, we have initiated several discussions regarding the digitalization of the agency. We are working hard on creating an online system with the help of which producers will apply online. Our team is also working on setting up a new website, which will host and facilitate the operation of financial systems. On the other hand, the Agency has a cinema room. Our idea is to renovate it and adapt it to the needs of the various committees by offering them full access. We also plan to buy a cloud data server and store all upcoming Bulgarian films there. We believe that in this way we will take the agency into the year 2022 and beyond.

FNE: The convergence of film and games and creative specialists, who work in both industries, is a rapidly growing area in the region. How is this cooperation with game developers developing in Bulgaria and does the Bulgarian NFC have any plans to encourage convergence and investment in cinematic games?

Peter Todorov: I am fully aware that most Bulgarian animation creators work mainly in the video game industry. This sector is quite developed in Bulgaria, so making films is more of a hobby for them. I’m looking for ideas on how the agency and the game industry can work together. We speak with young and educated people familiar with the regulation of similar processes by the Creative Europe program of the EU. We are considering the introduction of regulatory changes, which will encourage cooperation between the Bulgarian NFC, the gaming industry and digital platforms. I foresee that this process will take place in parallel, either through the adoption of a new law on the film industry or the revision of the existing one.