The 28th Slamdance Film Festival announced its winners on Friday, with the Grand Jury Awards going to ‘Hannah Ha Ha’ for Narrative Feature, ‘Forget Me Not’ for Documentary Feature, ‘Killing the Eunuch KHAN’ for Feature breakout footage and “Straighten Up and Fly Right” for unstoppable functionality.

“We congratulate the winners of Slamdance 2022 and each of our filmmakers who have together created a showcase that pushes the boundaries of what is possible in storytelling,” said Slamdance President and Co-Founder Peter Baxter. “The future of cinema depends on these unique voices that defy simple classification and transcend analysis. The key to sustaining this endeavor is accessibility and major growth in our online audience who tuned in to the new Slamdance channel.

Four festival-wide awards were also presented this year, including the AGBO Fellowship, presented by Slamdance alumni and “Avengers” directors Joe and Anthony Russo. For directing “Therapy Dogs,” Ethan Eng will receive the $25,000 prize plus mentorship from the Russo Brothers.

The festival’s best performance award went to Hannah Lee Thompson of “Hannah Ha Ha”, with an honorable mention for Batel Moseri of “Bracha”. The George Starks Spirit of Slamdance Award, given to the filmmaker who best embodies the spirit of Slamdance, went to Sasha Levinson, director of “Sylvie of the Sunshine State.” Finally, Hannah Saidine won the CreativeFuture Innovation Award for the animated film “My Parent Neal”.

Founded in 1995 in rebellion against its neighboring festival Sundance, the 28th edition of Slamdance takes place virtually from January 27 to February 6. This year’s lineup included 23 premieres and showcased the talents of filmmakers from around the world. As a platform for emerging talent and a celebration of low-budget cinema, each of the 8,000 entries selected for the competition was made on a budget of less than $1 million. 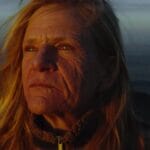 Here is the complete list of prizes awarded by the festival: