The best of the best, the man who’s been doing it for years. Although he may no longer have his annual film guide (which he had for forty-five years), Leonard Maltin is still the go-to for excellent, insightful film reviews. His reviews are still posted online at LeonardMaltin.com, and he also has his own podcast called Maltin on Movies where he discusses movies with his daughter Jessie. Maltin’s reviews are always informative, entertaining, and told with seriousness. The reviews aren’t too long to make your mind start to wander, but they’re also not too short to leave you wanting more. They go straight to the point and hit the nail on the head in honest and complete emotional reactions. Maltin’s particularly deep knowledge of Disney lore and history adds a bonus for Disney movie fans.

Known as the “Schmoes,” Mark Ellis and Kristian Harloff make the perfect film review team. As a stand-up comic, Mark Ellis provides plenty of clever humor and jokes and reviews the film in a playful way, though he’s still able to get serious. Harloff is more of a straight man, although he can certainly deliver some good belly laughs too. What’s great about this duo is precisely that: it’s a “duo”. You have two opinions at the time, sometimes in agreement, sometimes not, but each gives his point of view and his sales pitch and listens carefully to digest what the other has to say. Their personalities balance each other out: they may strongly disagree with each other, but they can fool each other about it and give the YouTube viewer a unique experience. You’ll always have a great time watching any of their reviews, whether they traditionally do them in pairs or only have one at a time. Both Harloff and Ellis know their stuff and know the business, having done these reviews for many years, and both speak very well publicly and professionally in every video. Their rating system has varied over the years, most recently being the 0% to 100% Rotten Tomatoes scale, but now it’s back to where it started, a score out of five “schmoes” (stars). Check them out. 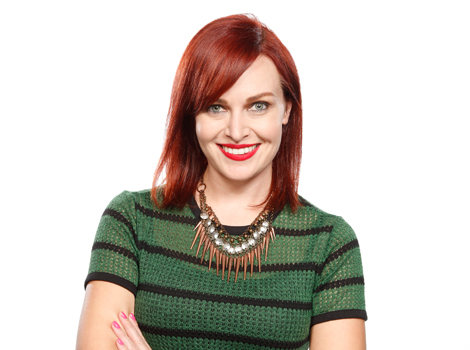 It’s impossible not to love Aussie redhead Alicia Malone. She is so full of energy and passion when talking about movies and always has a cheerful disposition. A leading advocate for women in film (having notably given a TED talk on the subject), Alicia Malone is a Fandango correspondent, Screen Junkies correspondent, film journalist and host of the recent Film Struck program (also among many other work). Malone doesn’t do a lot of movie reviews now, but she does offer in-depth discussions here and there of the newest movies and classic movies from the past, as well as obscure black and foreign movies you haven’t heard of. but which you absolutely need. check. She also posts amazing vlogs of daily work routines and when she goes to various film festivals like Telluride, Atlanta and Sundance, so we can get a glimpse of the fun kind of work she does every day here. and abroad. Never has a critic since Leonard Maltin offered such a likeable personality with genuine insight and passion when it comes to film criticism and discussion of films, and the added emphasis on the importance of women in films. movies. And of course, she has an adorable signature on her videos with a quick and simple hand gesture saying “goodbye.” I implore all women, all filmmakers, all movie buffs and basically everyone to check out her YouTube channel and her website. You will not be disappointed.

Alicia will be releasing her first book next month, August 15, 2017, titled “Backwards and in Heels: The Past, Present and Future of Women Working in Film.”

Chris Stuckmann is one of the biggest movie critics on YouTube today, and for good reason. He’s been doing reviews for about eight years now, and they never disappoint. Stuckmann gives really honest and candid movie reviews. He knows what goes into making a movie and offers a more sophisticated approach to a movie than just “it was good” or “it was bad”, and sometimes even records a professional-looking short film. which relates to the film being reviewed. . He has a very friendly and outgoing personality, which is what you’d expect from someone on YouTube, but Stuckmann really comes across as individualistic to everyone watching his videos, sprinkling his own brand of unique humor throughout. of each review. He seems very down to earth and is easy to have a conversation with. Another thing that’s nice about Stuckmann that stands out from the rest is the fact that he reviews older movies from time to time. Many YouTubers only have time for recent movies that come out each week, and while Chris Stuckmann covers them, he takes the opportunity to rewatch movies he has yet to rewatch on his channel, expanding an impressive library of film reviews. It uses the letter-grading system for rating movies (A+ to F). Go see it if you haven’t and “get Stuckmannized”.

Chris has published a book called “The Film Buff’s Bucket List: The 50 Movies of the 2000s You Need to See Before You Die (Bucket List 101)”.

The choice of movie

Friends of Chris Stuckmann, “The Flick Pick” is the nickname of Mr. John Flickinger. He’s a cool guy. While Flickinger definitely knows his movies, he doesn’t pretend to be someone he’s not. I probably get the biggest laughs from this reviewer, because Flickinger is a very laid back, informal guy, and he’s like us and loves movies. His unmistakable, strong yet bubbly voice just makes you smile when you hear it, his personality sounding like an older brother to the viewer. He always has a joke, and he can always make you laugh, and every criticism comes from the gut. He also makes his reviews very personal, so while you may appreciate his opinion, he lets you know it’s “his thoughts” and you can walk away knowing you might have a different opinion, but Flickinger won’t tell you. will not degrade for this. . Like Chris Stuckmann, The Flick Pick uses the letter rating system to score its films (A+ to F).

Jeremy Jahns is the man. Like Chris Stuckmann, he is probably one of the most popular film critics online today. He was the first YouTube movie review I ever watched, and I still like him today. Jahns is the guy to go to if you want a real quick answer to “should I see it or not?” His quick, snappy edits and quick explanations aren’t for everyone, but you can tell he knows his stuff, and if you don’t have time to watch a longer, more in-depth discussion or review on a movie, and I just want the facts straight and simple, this is the reviewer for you (his videos are usually no longer than five minutes). For those who like to joke, Jahns is also the right person for you. His sometimes sarcastic, but always present level of humor is quite engaging and results in some very entertaining videos. Jeremy Jahns creates a unique system for rating movies, top rated “Awesometacular”, and worst rated, well, “Dog****”. Jahns has a great way to end his videos, and really relates to moviegoers who just want to let their feelings out about how amazing or awful they think a movie is. Check out Jeremy Jahns’ channel, as well as his appearances on Collider and his own show, ‘Awesometacular’, on the go90 XO channel.

Check Collider and ScreenJunkies News YouTube channels also for in-depth, discussion-based movie reviews, some of which include some of the reviews above.