The government has yet to confirm the cost of the inaugural Malta Film Awards ceremony which took place last February, despite repeated parliamentary questions about it.

It took more than two months – and the passage of a general election – before the government finally confirmed that Malta Film Week cost some €1.3 million, well above its €400,000 budget. . 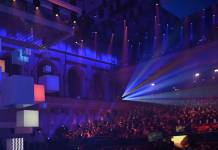 But this figure includes various other events organized in the run-up to the ceremony of the first edition of the Malta Film Awards, which were boycotted by many local film producers who had pointed out that the budget of €400,000 was excessive compared to the €600,000. allocated to the National Film on the Screen Fund.

In the latest parliamentary question on the subject, opposition culture spokeswoman Julie Zahra asked Tourism Minister Clayton Bartolo to provide a breakdown of expenses for the awards ceremony, including the cost of billboard, stage, audio, projectors, lighting, venue, publicity and any payments to the presenter and others involved in the ceremony.

But she quoted the €1.3m figure as she did, and Bartolo apparently took the opportunity to avoid providing figures on the ceremony itself.

After pointing out that this figure covered the ceremony and 22 other activities, Bartolo gave a more limited cost breakdown than what Zahra had asked him to provide, and which again covered expenses incurred for the entire week.

BE THE FIRST TO RECEIVE THE LATEST NEWS